The fairytale city of Jičín, with its defining red roof on the city gate, is one of the most picturesque cities in the Czech Republic. Come here to uncover the fascinating story of the extravagant local potentate, stroll through the charming historic centre, or explore the stunning countryside of Bohemian Paradise (Český ráj), which lies just outside of town.

Jičín’s history is inextricably linked to the merchant, politician and military commander Albrecht von Wallenstein, who in his day was one of the most powerful personalities in Europe. Wallenstein, who owned almost all of the chateaux in the region, chose Jičín as the capital of his personal duchy and tried to build it into a sort of Czech equivalent of French Versailles. That is why today you can admire numerous elegant buildings here that originated with the best architects of the time. Albrecht von Wallenstein, due to his greed, arrogance and extravagance but also his brilliance as a military general, remains one of the most controversial figures in Czech history.

Jičín offers a rare complex of well-preserved historical monuments of great significance, especially in the historical centre of the town around its beautiful square with arcades, the Baroque palace and the church of St James the Greater. Valdická Brána, the dominant landmark and a clock tower, is accessible and offers magnificent views of the entire town and its environs.

What makes the town unique is that it is part of a sophisticated Baroque landscape composition, designed also at the time of Albrecht of Valdštejn around ca. 1620. It lies along the main axis, which is a line connecting the former Carthusian monastery in Valdice, a Loggia (“salla terena”) as the centrefold feature of the composition, the Valdická clock tower, the church of St James the Greater and Veliš Hill. The main part between the town’s centre and the Loggia is conceived as a four-line linden tree avenue, almost 2 km long.

Today visitors are attracted also by the broad range of cultural and sport events the town offers for all age groups. The Regional Museum and Gallery offers extensive collections and an original interactive exhibition entitled Museum of Play. The newly reconstructed synagogue is now open to the public. Children are attracted mainly to the site of the clever thief Rumcajs, a well-known local fairy-tale character.

The cultural events held in the Valdštejn Loggia have a unique atmosphere and have led to the place recently reopening for other than mainstream culture. In late May, the town returns to the Middle Ages for a while during the biennial Valdštejn Days. The Festival Jičín-Město pohádek (Town of Fairy Tales), held in mid-September, is the reason why Jičín is rightfully called a fairy-tale town.

Sports facilities in Jičín are well above standard. Visitors are invited to spend their leisure time actively, with various forms of entertainment and relaxation available to everyone. There is a sports complex with a new aqua centre along with all kinds of sports facilities and children’s playgrounds, bowling alleys, golf ranges, swimming pool, ice hockey hall and fitness centres.

Declared the first geopark in the country by UNESCO, the Bohemian Paradise area is one of the most popular tourist destinations in the Czech Republic. One of the biggest attractions is the area of rock formations between the towns of Jičín and Železný Brod. Thanks to the forces of nature you can admire lofty sandstone forms here, worn into weird and wonderful shapes, some of which are 60m tall. Some have been given strange names such as Taktovka (Baton), Kapelník (Choirmaster), Maják (Lighthouse) and Dračí zub (Dragon’s Tooth).

The rock formations and labyrinths of the Bohemian Paradise area, and especially the Prachovské Rocks, are great places to explore thanks to the countless paths that run between them. You’ll be moving through narrow cracks in the rock, climbing up inside them and enjoying the views from their lofty heights. One of the finest views is from the Kozákov tower. Nor should you miss a visit to the rock formations at Hrubá Skála and the elegant Hrubá Skála Chateau, perched right on top of the rocks. Another attraction is the ruins of Trosky Castle; to reach it you’ll have to climb to the top of two steep peaks that were once active volcanoes. If you love fairytale castles, head for impregnable Kost.

History of the Airport

It is said that Jičin airfield is one of the most beautiful ones in the Czech Republic. Experts claim that it is quite comparable to similar sports airfields in central Europe. It is perfectly situated, well-equipped and hosts a friendly collective. During every takeoff here you can enjoy the wonderful experience from a very beautiful countryside - the Bohemian Paradise.

Aviation enthusiasts from the town of Jičín were quite lucky when they selected the place for first flight exhibition in the area. Large grass fields near the Porák brook witnessed the "public takeoff" (forefather of today's air shows) already in 1911! On the 15th of October of that year the first Czech pilot ing. Kašpar should have flown here with his cousin Evžen Čihák. Unfortunately Kašpar crashed during his flight from Pardubice to Jičín, injured himself and damaged his aircraft. The show flights were thus only performed by Čihák.

Much later another aviation display took place at the same location. In 1934 Masaryk's Aviation League staged a large airshow here, just one year after Hitler took power in Germany. All such events at that time had significant political impact; the best aviators of the time took part in this one. In Jičín there was already a group of Masaryk's Aviation League (glider department) in operation; it flew gliders on the military training ground under the hill Zebín.

Further flights at Jičín are noted only after the war. A flight club was established and an airfield was built at Porák. The big airshow on 14th of September, 1947, started the official operation of the airfield including hangars. The importance and size of this event reached far beyond the Jičín area. Between the years of 1947 and 1948 the airfield was also used by military flight academy at Hradec Králové. Military hangars from that time still stand in the storage area.

Many famous sportsmen and Czech representants grew up in the flight club. Ing. Jiří Koberle, multiple world champion in aerobatics, used to be the president of Aeroclub of the Czech Republic. Marie Kyzivátová, European champion in gliding, and last but not least Jan Borůvka, promising young pilot, the winner of several regional gliding competitions and representant of the Czech Republic in the junior class. All these are still members of Jičín club. 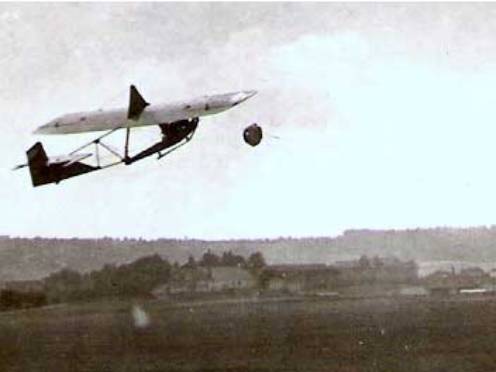